How far that little candle throws his beams! So shines a good deed in a weary world.

Portia, The Merchant of Venice. 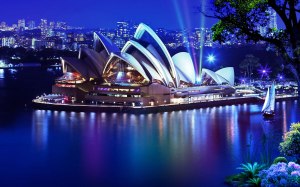 Google  ‘worlds famous theatres’ and the subsequent list is a mixture of iconic historic opera houses spanning a number of continents, the Chinese Theatre in Los Angeles and, not surprisingly, The Sydney Opera House. Now I could take issue on many fronts with what is considered to make a theatre famous, not least of all that none of them appear to take into account what actually goes on in inside. Yes, lots of them are works of art in themselves as this list from Huffington Post shows, but I would posit that were you to show these to most people they wouldn’t be able to tell what they are called or where they are. However, I would think a far great number would be able to tell you what and where this theatre is: 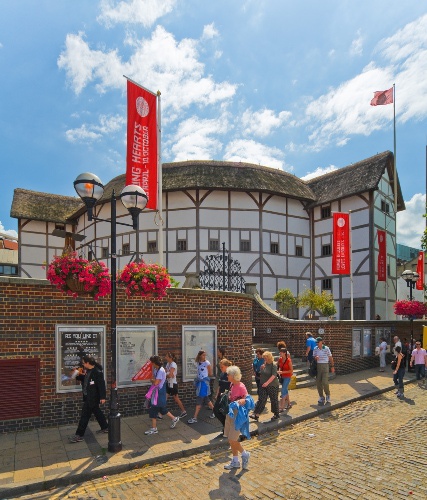 Shakespeare’s Globe was opened in 1997 and if you don’t know the history behind the reconstruction you can read that here. The point I am trying to make that since it opened, and for many reasons, it has become iconic throughout the world both for being the building it is AND for what goes on inside it. I’ve seen a play there and it is a truly unique way of watching theatre.  There is something democratic about the relationship between actor, audience and space – especially if it rains mid-performance. What’s more, as reported in The Stage, last year the theatre had a turnover of more that £21million, made a profit of £3.7 million, played to houses of 96% capacity and had a reach of 1 million people through it’s various ventures. Now that is some going for a theatre that started as one man’s, Sam Wanamaker, vision. It was built by raising money through donation and is less that 20 years old. The quote from The Merchant of Venice could well be said of Wanamaker and his vision, but I really intended it as an opening for the real purpose of today’s post.

In January this year The Globe unveiled another theatre on its site, called the Sam Wanamaker Playhouse. Again built through fundraising, this ‘new’ theatre is another faithful reconstruction, but this time of an indoor, Jacobean theatre, entirely lit by candles. The exterior of the playhouse seems quite innocuous, but the images of the inside are a revelation and the reviews of the the two plays staged in it so far talk with some passion about the theatre-going experience in this new space. There is a great gallery of pictures here, from The Telegraph. 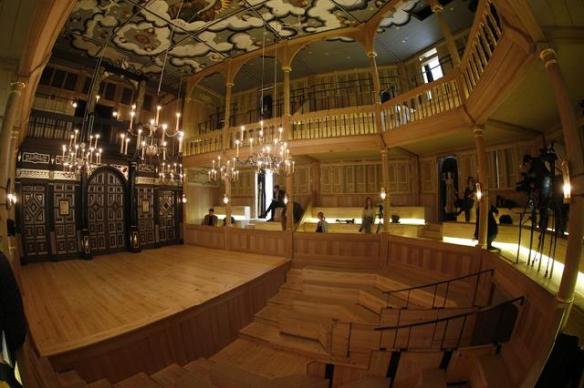 Much has been written about the Playhouse, not least of all the experience of lighting, acting in and watching a play by candlelight. The Jacobeans used candles made from animal fat, but the Globe have gone for pure beeswax, costing up to £500 per show, all of which are lit by hand before each performance. In a great article for The Guardian, Andrew Dixon give a real flavour of the place, New Globe playhouse draws us inside Shakespeare’s inner space.

There is a very evocative and informative report from The Voice of Russia radio here which is fascinating, and talks about the experience as going back to storytelling in its most primitive form:

The Globe has produced a good series of videos about the Playhouse and I am going to put them all here, for ease of reference:

I think they tell a marvellous story. The following video is a collection of interviews with audience members on the opening night of The Duchess Malfi, and you get a real sense of what the experience is like:

There is also a really interesting podcast, courtesy of Theatre Voice, with Farah Karim-Cooper who is Head of Research at The Globe in which she explores indoor performance during the Renaissance and at The Sam Wanamaker Playhouse:

There is also a lovely piece called Ten Reasons to get excited about the Sam Wanamaker Playhouse at The Globe, also by Farah Karim-Cooper, published on Blogging Shakespeare.

If you are a regular reader of Theatre Room you will know my relationship with Shakespeare has it’s tensions, but I can only applaud the people behind this project and how it extends our understanding of the history of performance. I will certainly be booking tickets to see whatever is playing next time I find myself in the UK.