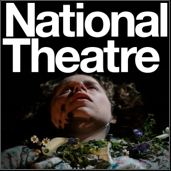 What are the differences between five of the most influential European theatre practitioners of the 20th century – Constantin Stanislavski, Antonin Artaud, Bertolt Brecht, Jerzy Grotowski and Peter Brook? How would these five directors work with the actors playing Ophelia in the famous mad scene in Shakespeare’s Hamlet? What would they ask the actors to do and how would they ask them  to behave?

A video installation called Five Truths commissioned by a theatre and a museum was created by a group of contemporary theatre makers lead by stage director,Katie Mitchell, looking at these questions. The Multi-screen installation brings together five interpretations of Ophelia’s madness in Hamlet. and consists of ten short films (2 for each of the practitioners) suggesting possible variations in what you might see. Ten screens of varying sizes simultaneously play films of Ophelia interpreted dramatically through the lens of the Big Five..

I love this project and it is a viewing MUST for any performance student.  You can get to the  five podcasts on iTunes by clicking the image above, or watch them on Youtube, the first being Stan the Man: