Can you describe what a dramaturge does? What is their role in the theatrical process? Well, it has been defined in a number of (sometimes conflicting) ways but it perhaps easiest to think about it as someone who deals with the research and development of plays, working alongside the director. But, there is no officially defined description and a the role of a dramaturge in one theatre company might differ quite significantly to one in another company.  One (Wikipeadia) definition says:

Dramaturgy is a comprehensive exploration of the context in which the play resides. The dramaturg is the resident expert on the physical, social, political, and economic milieus in which the action takes place, the psychological underpinnings of the characters, the various metaphorical expressions in the play of thematic concerns; as well as on the technical consideration of the play as a piece of writing: structure, rhythm, flow, even individual word choices

All clear now? No? Well have a read of this article written by Zoë Svendsen for T.H.E. Svendsen is a dramaturge and director, based in the UK, and here she explains how she understands the role by explaining work on a production of Christopher Marlowe’s Edward II, a play that is notoriously difficult to stage. 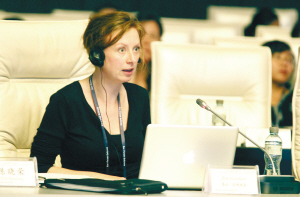 There is a huge crossover between academia and the theatre now,” says Zoë Svendsen. “When I left university, they felt like much more separate worlds…There is a very close relationship between my practice, my research and my teaching.”

His grace and favourite: the National Theatre’s new Edward II presents a world in which the unthinkable becomes thinkable, says dramaturge Zoë Svendsen

For some years a practice-based research fellow in drama and performance at the University of Cambridge, Svendsen next month takes on a new position at Cambridge as a lecturer in drama. She is director of a company called Metis Arts, which specialises in immersive and sometimes interactive performance projects addressing political themes. And she has worked as dramaturge on Joe Hill-Gibbins’ acclaimed 2012 Young Vic production of Thomas Middleton and William Rowley’s Jacobean tragedy,The Changeling, and now on his National Theatre production of Christopher Marlowe’s Edward II, which previews from this week. (A similar gig, in which Svendsen will work with the Royal Shakespeare Company on another Elizabethan drama, Arden of Faversham, follows next year.)

The role of dramaturge is far more established in continental Europe than in the UK, but Svendsen explains that it is essentially about “how the play functions in time and space – the production as a whole from a structural perspective, how the audience’s attention is held”.

While it remains the director’s job to steer the actors, she sits in on rehearsals and sees herself as a “sounding board, a creative consultant. We push ideas back and forth, trying to find out what the heart of the play is. I don’t like the term ‘outside eye’ – I’m absolutely embedded – but I can keep an eye on how one scene fits with other scenes, what the overall ambitions are.”

When it comes to her own projects and research, Svendsen has “long been interested in works which don’t conform to a kind of British empiricism in the staging, with a single time and a single location”. Her PhD looked at the Gate Theatre in Notting Hill and the production of plays from other cultures in London. And living and working in Berlin gave her a further “sense of the plethora of forms in which plays can be written”.

As a striking example of Svendsen’s own work, we might cite Metis Arts’ interactive multimedia production 3rd Ring Out, which Svendsen sees as having been “absolutely research-driven” and arising out of “a set of questions”. An earlier project about disused air-raid shelters and a decommissioned nuclear bunker in Cambridge led her and her collaborators to reflect on “Cold War exercises and the scenarios for many people across the country to play”. 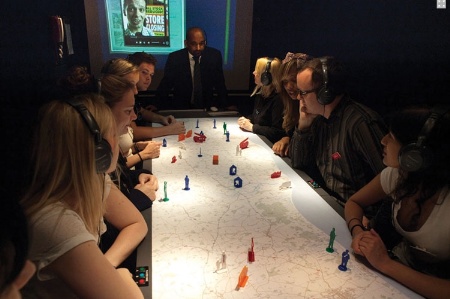 This led to the more general question of “What does it mean to practise for disaster?” and, since they “didn’t want to do re-enactment”, the search for a contemporary theme. When a visit to the Camp for Climate Action at Kingsnorth in Kent brought new urgency to Svendsen’s own concerns about the issue, it became the focus.

To solve this problem, Svendsen and her co-director Simon Daw took two shipping containers around the country in 2010 and 2011. Inside, they constructed “an emergency planning cell” in which audiences of 12 sat at a table with headphones and a voting console. Amid an audiovisual simulation of a disaster scenario unfolding in their locality in 2033, they were invited to vote on the practical and ethical issues raised by heatwaves, food shortages and civil unrest. The question of whether to accept climate change refugees into the area proved particularly contentious.

But what had the creation of this powerful piece to do with productions of classic Elizabethan and Jacobean plays?

Svendsen believes that both draw on her central concern with how you hold audiences’ attention, and that her “sensibility for different kinds of formal structures” helped to forge “a distinctive way of looking at Renaissance dramas”. The key is “a deep commitment to the original text – which means expressing it as fully as possible in theatrical terms”.

When she and Hill-Gibbins began working on The Changeling, they were struck by its differences from most recent theatre: “A character says ‘We need to talk to so and so’ and there they are on stage – and there are no questions about how they got there. In Middleton, it’s all about what happens next, there’s very little back story. How characters interact with each other is absolutely about what they want at that immediate moment. There’s no continuous psychological through line. And that’s very different from what you find in ‘the grandfathers of modern drama’ such as Ibsen and Chekhov.”

In tackling this challenge, they started off by cutting lines, reordering and amalgamating scenes – only to find themselves slowly working their way back to something close to the original text, albeit with greatly deepened understanding. The production, which featured a wedding scene staged with throbbing music by Beyoncé and a banquet where the actors get covered in food, was acclaimed by critics for its “lewdness and lunacy” and for “mak[ing] pervs of us all”. 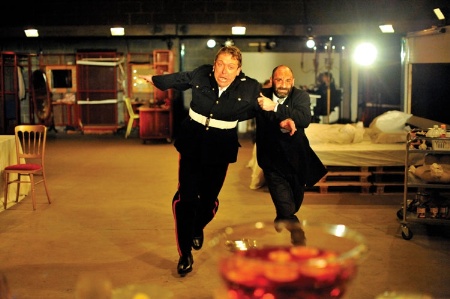 Breaking with tradition: Joe Hill-Gibbins’ ‘iconoclastic’ production of The Changeling

“Reviewers talked about it as contemporary, Tarantino-esque and iconoclastic,” reflects Svendsen. “Actually all of that is in the play, but not necessarily brought out in today’s productions”, in which the British tradition of staging classics often puts the central stress on the text rather than the underlying structure.

Without giving away any major secrets about a production still in rehearsal, Svendsen again flags up how different Edward II is from a contemporary play in its “accumulations and repetitions and things that seem to be a bit short-circuited” – and how exploring its structure had revealed its hidden depths.

“You need to allow the repetitions to become cumulative,” she suggests, “because repetition is what tells the story and allows Marlowe to comment on history. The characters don’t really change, but the situation changes, because what they conceive of as possible changes.

“Once the barons start threatening civil war and Gaveston’s exile, the rhetoric of threat becomes a capacity to act and those things become possible. The idea of deposing the king is unthinkable at the start of the play, but it’s interesting how quickly it becomes thinkable.”

In this, the play echoes Svendsen’s experience of working on 3rd Ring Out, where she and Daw considered the possible scenario of “putting the military on the streets” and then decided “no one would believe it was within the bounds of plausibility”.

“That was in 2010, but the next year the riots had erupted and the media were full of questions about whether the military should go on to the streets,” says Svendsen. “It had become thinkable as part of the national conversation. Pretty much everything we had imagined for 2033 did happen during the times we were performing.”

If you would like to hear more from Svendsen talking about dramaturgy, you can by clicking the link below, which will take you to an audio recording on Theatre Voices, of her talking about work on another classic play, The Changeling by Thomas Middleton and William Rowley.