The crazy nature of the end of the academic year has kept me away from here for a couple of weeks; so much to do and so little time to do it in. I’ve got a backlog of things to post and will get going once term is over. However, I thought I would share this article with you that was published in The Independent a few days ago. It is written by playwright and dramaturge, James Graham and talks about his adaptation of Tennessee Williams’ play Sweet Bird of Youth.

Sweet Bird of Youth: A journey in search of Tennessee

Sweet Bird of Youth was torment for its author to write, and in adapting it James Graham had to confront his own fears of ageing 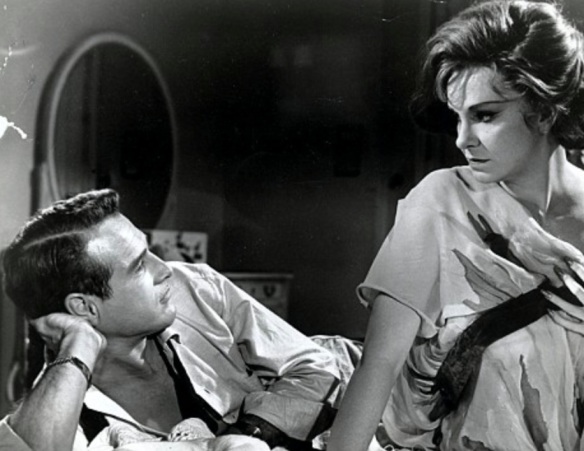 My confession is that I’d never read, seen or barely heard of Sweet Bird of Youth before the director Marianne Elliott introduced me to it. Possibly you haven’t either. For many it’s the blind spot in an otherwise familiar catalogue by that genius American playwright. It has something of a reputation for being… well, a “bit of a problem”. It’s a gruelling challenge to produce, certainly. But having been on this journey for the Old Vic’s new production of the play, I firmly believe it’s a valuable one. And, as a playwright used to writing original work (my latest This House just ended its run at the National Theatre), the notion of dramaturging someone else’s play – whereby an existing text is analysed and edited – was unknown territory for me.

This is without doubt Tennessee’s most personal piece. His life’s turmoils are blazoned throughout it – the loneliness, regrets, the self-loathing and self-doubt. It is a day in the life of Chance Wayne, who used to be “the best-looking boy in town”, returning to St Cloud at the age of 29 – not old, but not young-young any more – to get the girl. But there is violence in the air, accompanying the prodigal son’s return…

What I hadn’t expected was not just how the themes of this neglected masterpiece would grow to haunt me as a young(ish) man, but how much my journey in search of Tennessee, and the discovery of how much this one tortured him – really, truly, tortured him – would affect me as a playwright. 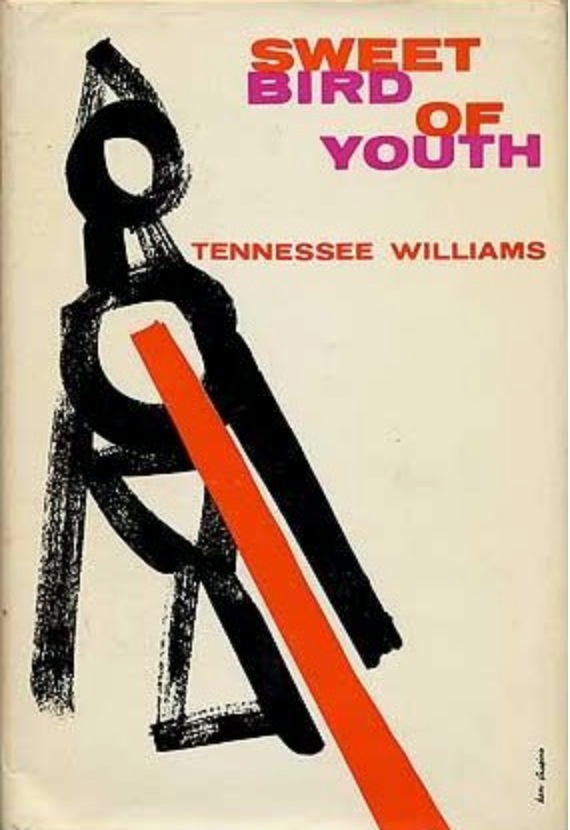 So why does Sweet Bird of Youth need someone to dramaturg it? First, I hope it goes without saying how presumptuous and unworthy I felt and still feel, fiddling and faffing at the altar of a master and one of my heroes. The reason we felt justified in our quest is because Tennessee himself confessed that this play eluded him. He spent nearly two decades writing and rewriting, long after productions had opened and closed, long after film adaptations and printed texts appeared. There are an eye-watering numbers of performable versions. In some of them characters survive, in others, they don’t. Endings are sometimes hopeful, in others gruesomely tragic. Most theatres will pick one version and do that one. Not good enough said Marianne and the producers at the Old Vic. So we set off on an adventure to pull together all the strongest elements of all the drafts of all the versions in order to create the very thing that Tennessee failed to find himself – the perfect version of Sweet Bird of Youth. If such a thing is possible…

And to avoid any hubris, it obviously isn’t. Art is too subjective a thing for there to be a “best” or “perfect” type of anything. All I could hope to do was compile the version that made most sense to me. And to do that, I had to work out what Tennessee’s obsessions and motivations were when writing it and refusing to let go. And to find that out, I had to go to Texas. This is the world of Williams – all Southern Belles and raw masculinity; hot nights and tequila and piano music in the dusty streets.

My first thought as I pulled up a chair in the reading room of the Harry Ransom Center in Austin was an odd sort of sadness at the realisation that I and my contemporary playwrights hardly write anything down any more, physically on paper. Any future collection of my own humble dramatic efforts will be assembled entirely on a USB stick. Where’s the romance in that?

Thank God Tennessee was writing in a different age, where his typed manuscripts still bore the coffee stains and the yellowing of cigarette smoke. Where his actual, real-life handwriting adorned the pages (I got far too excited by this).

It’s funny how, when playwright meets playwright, the first thing we often want to talk about is not the themes of our work, or style or form or all that arty stuff. It’s what font we type in. Do we double space? Final Draft or Microsoft Word? Get up early or stay up late? The process. Well here was a window into Tennessee’s. He wrote Sweet Bird hopping from hotel to hotel along the gulf coast – very much the world of the play. I know this because he typed his draft on the hotels’ own stationery, with their logos inscribed upon them. Names like “The St Charles, New Orleans” or “The Robert Clay, Miami”. It made it possible to track his progress through the States and through the play. As though he were chasing it back to his own troubled past in the South. Or running from something in his present, perhaps. 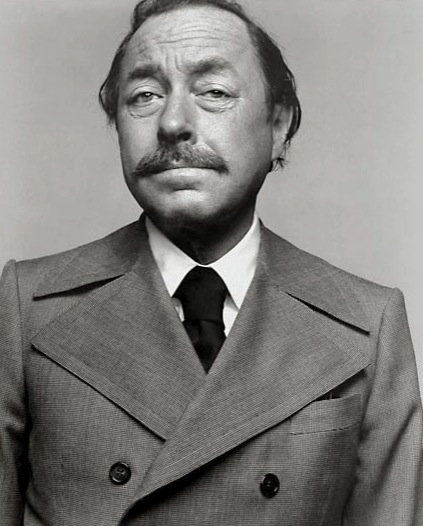 It was seeing comparatively mundane aspects of playwriting that excited me – like watching him search for character names (which always feels overly important – I’m sure my contemporaries will agree). He got more confident and romantic. Valerie becomes the much more quixotic Heavenly. Phil Beam becomes the more screen idol-sounding Chance Wayne. As Kim Cattrall, who plays the Princess, also known as Alexandra Del Lago, in our show, observed in rehearsal to me: once our hero was given that name, his tragic fate was sealed.

Punctuation is also important. It was a thrill to work out Tennessee’s code – how his ellipsis (…) would differ in meaning to a dash (–) in ways that are different from my own. These are a writer’s tools (I’ve recently discovered the joy of the semicolon in expressing the intended rhythms of my sentences). In building my own draft, it felt like slipping on someone else’s tool belt. It wasn’t mine, but it fitted.

And so what are the results? Well, I encourage you to come and see. My commitment from the beginning, in uniting the different narrative strands, was to return the play to Chance Wayne. Possibly this is because his dilemmas resonate so strongly with my own. He is 29 years old, and so was I when I began, obsessing irrationally about age in that hinterland between youth and middle age. He is beginning to panic about the choices he has made, which render him unsettled when friends back home have grown roots. He is a self-destructive character, standing in the way of his own happiness in relationships and life due to his insecurities and flaws. He is paralysed by the unstoppable passage of time, and his inability to reconcile past bad behaviour. Ditto, ditto, and so on. And it’s this raw pain that I have tried to bring to the fore, amid all the poetry and romance that is standard Tennessee. Everything that hurts about the human condition is here. Tennessee once described this writing period as the toughest of his life. He looked himself straight in the mirror and asked hard, ugly questions about what he saw. I think it only right we don’t shy away from that here.

That’s not to say it isn’t funny. Because life is funny, even when it hurts. That’s not to say there isn’t humanity, and hope. There is hope simply in the writing of, and telling of, and in our case retelling of, these stories. Because in getting together in theatres and looking at who we are and what we do, there must always be hope that we can save ourselves.

But does Chance save himself? Well, that would be to give away our ending…