A couple of weeks ago an english writer Elizabeth Day, caused a bit of a storm amongst UK theatre folk by stating publicly in an article for The Observer, Lenny Henry, thanks for bringing theatre to life, that she didn’t much like the theatre. Now this seemed like heresy to many, especially as she went on to state that she much preferred cinema. Her article (linked above) was predicated around a performance she had seen where a well know performer, Lenny Henry, had forgotten his lines during a performance:

He apologised to the audience and left the stage for several minutes to compose himself. I confess: it was one of the best things I have ever seen on stage. Up until that point, the play had seemed stilted and dated. Henry’s collapse was a real, human moment amid an unconvincing make-believe. The unexpectedness of it added a frisson of surprise to proceedings. For the duration of the play, we were thrillingly uncertain as to whether he was going to make it to the end in one piece or not. 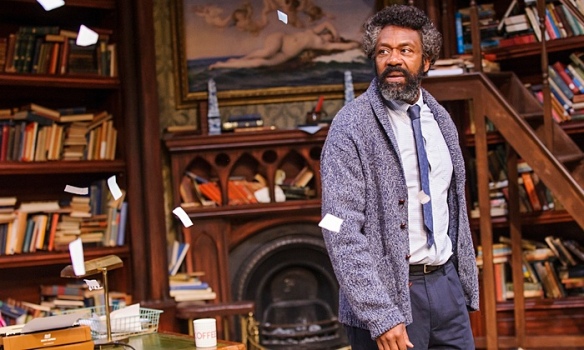 She went on to say that

My dislike of the theatre is a cast-iron way of offending people I’ve only just met. I did it the other night at dinner, sitting between a lawyer and a banker, both of whom were talking effusively about plays they had recently seen. When their attentions turned to me, I said what I thought. Namely, that theatre is overrated and I’d rather go to the cinema any day of the week. There was an appalled silence. “You can’t possibly mean that,” said the lawyer, before launching into a disquisition on the unparalleled immediacy of the live experience. The banker proceeded to namecheck a succession of “amazing” theatrical productions in order to convince me of the error of my ways. Because saying you don’t like theatre is a bit like saying you don’t like fish. No one believes you, so they simply start listing different types. Smoked salmon? No. Tuna? No. Fish fingers? No, mate. Still fish.

She spoke about the majority of plays being average, in her opinion, and that they

……..do not reflect how people actually speak because dialogue in most modern plays is generally produced to show how clever the writer is or how gifted the actor delivering it is…….Plays are long. Unnecessarily, self-indulgently long…….But somehow, because it’s theatre, we’re all supposed to love it and talk in hushed, reverent tones about how great it is. I’m not sure why this should be. It feels like we have lower critical standards for plays than almost any other art form. [In addition] there is a lot of bog-standard dross to sift through and sometimes it feels as if we are too worried to say what we actually think in case we seem stupid or uncultured……

Claiming that you prefer the cinema to the theatre is a bit like this. You’re viewed with a sort of patronising suspicion, as if you can’t be expected to understand the myriad subtleties of the dramatic art.

I can see where Day is coming from, as the basis for her polemic is something as a theatre educator I have to explore with my students on an annual basis. Their experience of storytelling through performance generally comes from cinema rather than theatre with little understanding of the differences between the art forms and why theatre works in an entirely different way. However, I do find her comments prosaic in the extreme as well as a little naïve. Not surprisingly, Day’s piece has generated significant discussion, not least in the comment section of the article itself, which is worth a read as is the piece in its entirety.

The first public response to Day’s column was from Amber Massie-Blomfield, Executive Director of Camden’s People Theatre. In an open letter, Massie-Blomfield contended that perhaps Day had been going to the wrong theatres, although she does concede that serious issues were being raised by the piece.

Too many people feel that it’s exclusive. Too many have experiences in theatre that don’t resonate with their own lives. There is rightly an onus on theatres, especially the state-funded ones, to tackle this, and to ensure we create a theatre ecology representative of the country we live in.

Next to comment, not surprisingly, was theatre critic Lyn Gardner who as always, presented a voice of reason in her piece Think theatre is overrated? Maybe you’re just watching the wrong shows. However, she too accepts that there is some veracity in what Day has to say:

Where I think she might be right is in her disapproval of the over-hyped enthusiasm with which many so-so theatre shows are greeted by audiences and often by critics, too. I hardly ever see a show now where a section of the audience doesn’t give the performance a standing ovation. That sort of thing used to happen only on press night. Now it seems to happen at every performance, as if there is a physical need to confirm that the time and effort and cost of going to the theatre has all been worth it. At Waiting for Godot at the Barbican last month, the man next to me, who had dozed his way through most of the performance, whooped and hollered at the end. It was the liveliest he had been during the entire production. 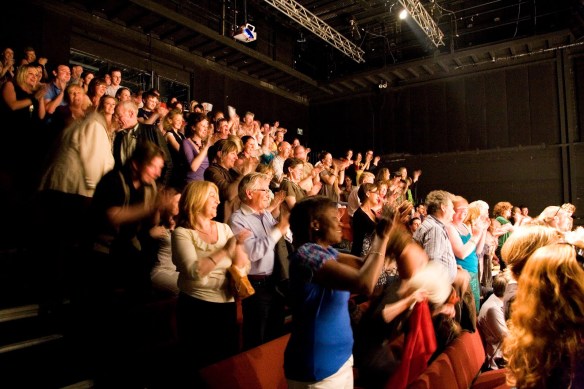 I’ve witnessed this myself all too often and it does seem to becoming increasingly the norm.

One of my favourite responses, from fellow Drama teacher Chris Bhantoa, just about sums up my gut reaction to Elizabeth Day’s scribblings – acerbic, dismissive and humorous in equal measure In Defence of Theatre is a wonderful rebuttal. Well done Chris!

I’ll leave you to draw your own conclusions……….