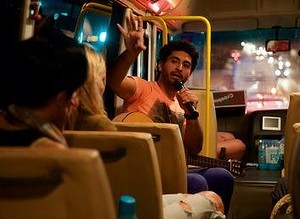 Finally for today, a play on tour with a difference. Performances of Origin-Transit-Destination (O-T-D) has literally taken to the streets of Sydney. Created by Australian Performance Exchange (APE) O-T-D takes its audiences, by bus, on a tour around the city and examines the issues of asylum seekers and refugees arriving in Australia. Variously called an immersive, verbatim or documentary piece (depending on what you read), it has been in development for a number of years and draws upon a wide range of interviews. The process of O-T-D’s creation is fascinating and you can see and read about it here.

Immigration, asylum and the plight of refugees are hot political issues in Australia, especially under the current right-wing government, which has taken a particularly hard-line in determining who can enter the country. O-T-D even has as one of its stops, the infamous Villawood Immigration Detention Centre which has become a symbol for the harsh, and some say inhuman, treatment meted out to those seeking asylum in the country. One theatre reviewer, Den Doherty for Guardian Australia, had this to say about that particular element of the performance:

At the gates of [the] detention centre, a guard approaches the group and tells them they are not allowed to film or take pictures. He says the asylum seekers held inside “have it better than people outside, they don’t pay tax”. A few take umbrage, and debate his position. He is not part of the performance, but it will be a key memory for some of the audience.

Doherty’s full review, Strangers on a bus: Sydney show gives a seat and voice to asylum seekers, makes for interesting reading, as does Michael Koziol’s piece for the Sydney Morning Herald, Origin-Transit-Destination puts Sydney in the shoes of asylum seekers. 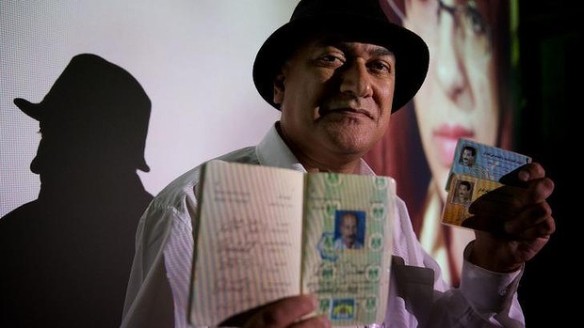 On board the buses, which transport the audience around Sydney, refugees share their own stories of persecution, escape, stolen documents and people smugglers.  Of the seven performers (who have all fled either Afghanistan, Iraq or Iran) only two have acting training.

Origin-Transit-Destination is clearly a very sobering evening of theatre.