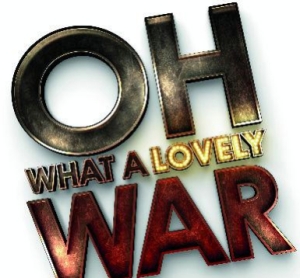 My post last week about theatre and (geo)politics, A Rocky Road, has caused some interesting discussion in my department.  Today I would like to add another dimension to that debate by sharing an article by Holly Williams, for The independent. 2014 sees the commemoration of the beginning of the First World War, especially in Europe and Australasia. Over the course of the last year, there has been much polemic surrounding the nature of the commemorations, with many fearing, in the UK at least, that these commemorations could descend into jingoistic, flag waving events, rather than reflective experiences that explore the atrocity and human tragedy that was the First World War. Inevitably, the debate has largely split along the political divide, with even a government minister joining in, accusing British theatre of being left-wing in its portrayal of the events of the war – and this is where Holly Williams begins:

The First World War on stage: Lest we forget… the politics of war drama

At the beginning of Theatre Royal Stratford East’s revival of Joan Littlewood’s 1963 musical Oh! What a Lovely War, a Pierrot clown describes a series of pre-war Bank holiday scenes, while a slide-show projects images of the seaside, bathers and a donkey. Except the “donkey” is the Education Secretary Michael Gove.

It’s apt that this landmark show about the First World War, which took swipes at the ruling classes who made a mess of it, should now laugh at today’s politicians too. And Gove is an easy, and justifiable, target: he made headlines recently by attacking Oh! What a Lovely War [as] perpetuating myths of the Great War as “a misbegotten shambles – a series of catastrophic mistakes perpetrated by an out-of-touch elite” and denigrating “patriotism, honour and courage”.

While it’s easy to smirk at the mental image of Gove stamping his foot, his reference to Oh! What a Lovely War reignited the debate about whether British theatre is inherently left wing: it’s hardly the first time it’s been accused of being the preserve of bleeding-heart, right-on liberals. But Gove had better stiffen that upper lip – 2014 sees First World War centenary events across all art forms, with theatre addressing the topic with particular vim.

The charge has already begun: Northern Broadsides are touring An August Bank Holiday Lark, about boys from a Lancashire village going to fight in the Gallipoli campaign, while the aforementioned  Oh! What a Lovely War is a huge sell-out at its original east London home. There are adaptations of books: a version of Sebastian Faulks’s Birdsong is on tour now, Pat Barker’s Regeneration arrives on stage at the Royal & Derngate in September, while a one-man play of Dalton Trumbo’s 1938 anti-war novel Johnny Got His Gun opens at the Southwark Playhouse in May. The National Theatre revives the rarely performed anti-war 1928 play The Silver Tassie in April, and there’s new writing too: Peter Gill’s Versailles is about to open at the Donmar, while in the autumn Shakespeare’s Globe stages Howard Brenton’s Doctor Scroggy’s War and the RSC has The Christmas Truce, a family play by Phil Porter.

These offer a vast array of different angles, from the impact of war on a rural community (An August Bank Holiday Lark) to the inner life of a man who had his limbs and face blown off (Johnny Got His Gun). Meanwhile, their protagonists range from officers in the trenches to civil servants in the corridors of power and the women who stayed behind. To assume that playwrights are wielding their pens like righteous political axes is simplistic, to say the least. 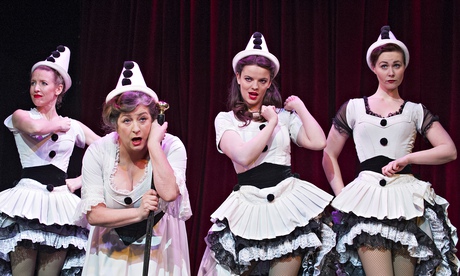 Oh What A Lovely War

And few within the industry have anything positive to say about Gove’s comments. “I thought it was unfortunate, unpatriotic, appealing to the worst side the country,” says the venerable Gill, who is also directing Versailles. “But mainly silly, and a bit embarrassing, frankly. Does he think we’re a fan of the Kaiser? It’s just childish!”

His play is set in the aftermath of war and centres on a young man sent among the British delegation to draw up the Treaty of Versailles; both in Paris, and at his family home in Kent, debate rages about the future of Europe.

And while Gill witheringly refutes the notion that British theatre is inherently left wing – “the National is hardly Trotskyite, is it?” – he does suggest that the stage is the ideal forum for ideological debate. “The Greeks showed us it is the perfect democratic instrument. It’s live and, unlike film, it’s not quite so able to manipulate. It’s the perfect dialectical [form] – I’m sounding like a communist now! – but it’s a perfect instrument for all kinds of things, and one of them is certainly airing [political debate].”

David Mercatali, directing the UK premiere of Johnny Got His Gun, suggests politics are a natural by-product of drama’s primary concern: the story. “There is nothing to say that politics needs to drive any medium, but I think that many people in theatre are looking to go beneath the presentation of history. If, in looking at those human stories, people feel a left-wing bias starts to come out, I don’t think there’s a lot we can do about that.”

He did, however, choose to stage Smith’s self-evidently anti-war monologue this year as a riposte to the misty-eyed patriotism that will also be sloshing about. “We have to be really careful about glorifying it. I actually think people try to protect the presentation of the First World War – it’s important that we expose the shortcomings behind it as well.” 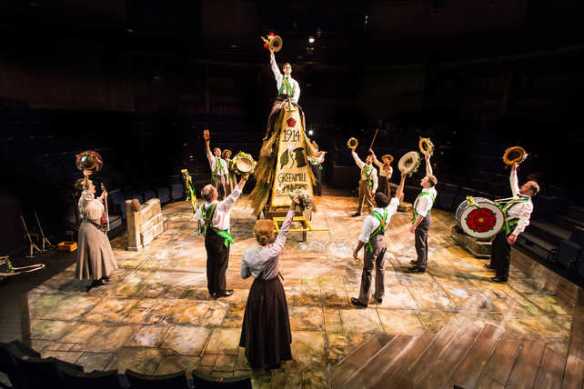 Deborah McAndrew’s An August Bank Holiday Lark is winning rave reviews. But the playwright doesn’t see her role as political adjudicator. “Real historical analysis is probably not the job of a play, she says, “I’m a storyteller, I was looking for a story.”

However when she discusses Gallipoli, she can’t help but become angry. “If I was making any little political point it was that I felt young men’s lives were disregarded. And there was gross incompetence – Gallipoli was a disaster. There’s no way of spinning it. They were trying to invade Turkey, a whole country – the sheer numbers would tell you that was doomed to fail.” Which, really, is no “little” point.

Rachel Wagstaff, who adapted Birdsong for the West End in 2010 and rewrote it further for its current tour, echoes McAndrew: “I don’t think the job of a playwright is to teach history; it’s to tell stories.” But, she adds, writing is also an imaginative attempt to understand history and humanity. “How can we have allowed the situation to develop where, for example, in the first day of the Battle of the Somme, 20,000 [British troops] were killed? How can that ever be justified? As a playwright you’re trying to illuminate and question what it is to be human.”

Her show stages such battles – a logistical challenge that the production rises to with evocative use of lights, smoke and sound. And Wagstaff points out that theatre can be uniquely powerful in conveying the physical horror of war: “When it’s a real human being in front of you in that moment, I find that so much more affecting than on film or TV.”

Johnny Got His Gun

Not that Birdsong isn’t also patriotic: Wagstaff says it also captures “the British spirit, that dark sense of humour” through its portrayal of the bravely upbeat Tommies in the trenches. “You have to show the events and honour them, and allow people to feel the horror,” says Wagstaff, “but on the other hand, you can’t have people sitting there for two hours just feeling sick, revolted, distressed and disturbed!”

Many of the plays being staged in 2014 do, then, question the decisions made before, during and after the war. Such harrowing source material naturally often lends itself to troubled – and sometimes explicitly anti-war – interpretations. But, despite what our Education Secretary might fear, they are also complex and humane in their interrogation, rather than limitedly “left wing”. “Isn’t it brilliant that people are having this debate?” says Wagstaff, injecting a note of positivity into the whole Govian furore, before concluding: “We must never allow such suffering to happen again, so it’s really important that we commemorate, and remember, and we tell our children. It’s more important than ever.”

I make no apologies for posting an article that is very UK-centric. I know similar debates are had right around the world about how politics and theatre collide, and that theatre makers are viewed as inherently left wing in their views. I think Williams’ word will have resonances everywhere. The politician Michael Gove is held in huge contempt for his ideology by the left leaning middle-class in the UK,  and for transparency’s sake I have to say I am in total agreement with them. I’d be interested to hear if a similar debate about theatre and the commemoration of the War is taking place elsewhere with such political overtones.

I want to finish with two other pieces of writing by theatre critic Michael Billington, both for The Guardian. Firstly, Oh What a Lovely War: the show that shook Britain which explores the impact of the original production in 1963 both on British understanding of the war and on theatre making more widely. Then, secondly, his review of the latest production of Oh What A Lovely War that has just been staged at the original venue of the ’63 production, Theatre Royal Stratford East. This latest staging formed part of the 50th anniversary of the play’s original staging as well as part of the centenary of the First World War.