I have stumbled across three articles giving tips to budding playwrights and I thought it would be good to share them.

Firstly, in a piece called Writing for the theatre? Be practical, by Miriam Gillinson, playwrights are told to use their instinct and heart but also to be pragmatic and stay grounded.

Writing for the theatre? Be practical

Write what you know, write what you feel and remember you are writing for the theatre. These are the fundamental tips I would pass on to a first-time playwright. But playwriting isn’t just about instinct, integrity and heart – it is also about pragmatism.

I read for a number of theatres and playwriting competitions and I’m surprised how often writers neglect the practical side of playwriting: the presentation of the play, the lay-out, stage directions and even the cast list – all these aspects matter greatly.

Some writers are so brilliant they can ignore such concerns, or at least give the impression of doing so. Beckett could have described his characters as vegetables and written his plays in comic strip form and their cool power would have still blasted off the page. But if you’re just starting out, it’s worth paying attention to the small details – they’re a bigger deal than you might think.

Unless this has been directly requested, I would strongly advise against including a synopsis. They are rarely useful and often a hindrance. Most distracting is when a playwright explains or justifies his or her play in the synopsis – no good can come of this.

Such suggestions are always limiting and, strangely enough, often out of sync with the play itself. Playwrights often don’t have the foggiest what they’re writing about or why. This really doesn’t matter – as long as the playwright stays schtum.

Title page quotations are often much more useful. For example, Philip Ridley precedes his brutally moving play Vincent River with Margaret Atwood’s words: “Grief is to want more.” Jez Butterworth uses TS Eliot to introduce his eerie play The River: “Except for the point, the still point/There would be no dance, and there is only the dance.” And Simon Stephens begins The Morning with this: “What it was … still mostly in my mind … is unconnected flashes of horror.” These quotes are brilliant; they give us a whiff of the play without ramming it down our throats.

I’ve read a huge number of plays that are preceded by pages and pages of character descriptions. Such extensive character lists won’t ruin a good play, but they certainly won’t help a mediocre one.

Look in almost any published play and the character list will be just that, a list of the characters’ names and nothing else. Sometimes, if a playwright is feeling particularly verbose, the character’s age might be included or even a sparse physical description. But that’s about as extensive as it gets.

Just as a lengthy synopsis risks undermining a play, so too does a comprehensive character description. They tend to reduce rather than enrich the overall reading experience; to shut down the imagination rather than provoke it. The best thing about reading a new play is those rare moments of surprise. This is not going to happen if we’re told all the characters’ secrets in advance.

These are often overlooked or underwritten, but they are a crucial component of any play. Stage directions don’t just help visualise a play, they also reveal a lot about the playwright. Good stage directions distinguish a great dramatist from merely a good writer.

The style of stage directions says a great deal about the writer and the time in which he or she is writing. Lyrical stage directions used to be in vogue – see the beginning of Arthur Miller’s Death of a Salesman: “An air of dream clings to the place, a dream rising out of reality.”

Since then, stage directions have become increasingly sparse. Beckett’s Waiting for Godot is a prime example: “A country road. A tree. Evening,” or Sarah Kane’s infamous stage direction in Blasted: “He eats the baby.” More recently, Payne’s directions in Constellations are as restrained as they are extravagant: “An indented rule indicates a change in universe.”

In some ways, the stage directions need to be more honest and lucid than the play itself. They are the reader’s direct line to the playwright and the director’s link to the visual world of the stage.

I’ve read plays illustrated with pictures, photos and masses of symbols – some scripts have even included links to clips on the internet. Apart from a few inspired examples, these additions don’t help. Instead, they come across as amateurish: a rushed afterthought rather than a crucial component of the play proper.

These visual touches – which are often poorly executed – suggest a lack of faith in the writing. Obviously, there are no set rules and a series of brilliant sketches could, theoretically, beautifully complement a play. But such additions shouldn’t be shoe-horned into the work; they need to be as carefully considered as the rest of the play, or they will only take away from the writing.

Write your own play

Most playwriting competitions and (fringe) theatres are not looking for adaptations; they are looking for original work. Despite this stipulation, I have lost count of the number of imitation plays I have read, faintly disguised as new work. Even if the play is set at a bus-stop and the central characters are called Victoria and Esteban, it is still Waiting for Godot.

There’s nothing worse than a playwright trying to pass off another writer’s idea – or even their diction, rhythm and use of pauses – as their own. Such iterative writing feels brittle, ugly and thin. But an honest writer, who is true to themselves, their material and their medium? Magic. 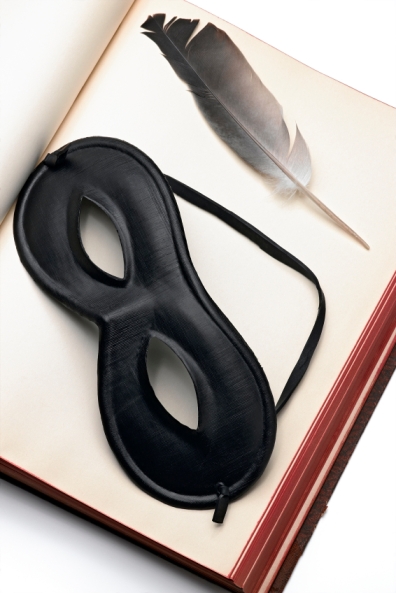 Secondly in a piece published on his blog, Nick Gill offers his own rather satirical take, although with some wise words too.

Some advice for newish playwrights

Statistically, the number of people who define themselves as ‘A Playwright’ and who make a living from writing plays is so small that it might as well be zero. It follows that you’re very unlikely to be one of those people. Find something you can cope with, and that allows you enough time and space to write.

2. Take the work seriously.
Work at it.  Don’t say ‘Oh, that’ll do’. If what you’re writing ever gets anywhere, it’ll be judged on the same scale as the most successful shows there are – if you don’t take it seriously, who will?

3. Don’t take yourself seriously.
You want to spend the only life you’ll ever have making up stories.  Have some perspective.

4. Avoid oxides of metals.
By and large, metal oxides are pretty toxic; it’s a good idea to avoid them if at all possible. If it isn’t, be sure to wear relevant protective safety gear when handling them.

6. Suit your medium.
Be sure that the thing you want to write about should be a piece of theatre. Maybe it’s just a story that would work better as a novella, or a short story, or a secret little dance you do in front of your girlfriend.

The thing about defining yourself as A Playwright is that you’re confronted with a classic problem: if all you have is a hammer, pretty soon everything starts to look like a nail. I suspect there’s a strong impulse to say to yourself ‘I find this particular Thing I Saw On The News interesting; I will write An Important Play about it’, while not considering what it is about live performance that particularly suits what you’re trying to do.

I would also add that it’s a good idea to have some perspective about what theatre can do.  Andrew Haydon put it very nicely in his Postcards from the Gods blog:

…there was a repeated strain of question which seemed to be formulated thus: “How can Theatre block the flow of a river in a steep valley, thereby storing all the water in a reservoir, which can then be used for hydro-electricity or irrigation?”
To which the sensible answer is: You want a dam for that, not theatre.

7. Go to see some plays.  But not too many.
Let’s be honest, most plays are rubbish. Not just plays, of course:  plays, films, paintings, albums, novels, dances, drawings- most of them are rubbish. If you go to see too many plays, you may well see too many terrible things, and become disillusioned with the whole medium, which would be sad. Moderate your theatre intake.

8. Network. A bit.
This is a horrible thing for me to write as I hate it, both in principle and practice.  Nevertheless, meeting people is A Good Way to get people interested in what you do.  I find that very few directors and producers pop round to my house to see what I’m up to, so leaving the house seems the only option. I recommend you do the same; but, once again, moderate it.  You need to leave some time for video games and general procrastination, after all.

9. Know your tools.
I have been called a snob for wanting writers to construct a decent sentence, with properly spelt words and even some punctuation in the right place.

Likewise clumsy metaphors, ham-fisted emotionally-manipulative dialogue, characters so clichéd they could have been culled from 90210, lazy pop references, all that jazz. If you care about writing, you should care about imagery, sonority, grammar, allegory, form, structure, spelling, all the good stuff they teach you in English literature.

10. And finally.
When the first day of rehearsals comes round, and you meet the actors, and the director, and the sound designer, and the wardrobe mistress, remember this:

You have not written A Play.
You’ve written A Script.

And if you really need the difference explained, you should probably reconsider how you’re spending your time.

And finally Top 10 Tips for Playwrights: Advice from the Other Side of the Line. This is written by Van Badham who is both a writer and literary manager*.

* In a theatre company, literary managers are responsible for reading and selecting plays for production.

1 thought on “Don’t Take Yourself Seriously”