I was going to keep this post until tomorrow, but I can’t wait.

Pulitzer prize winning American playwright Bruce Norris has been forced to remove the performance rights for his play, Clybourne Park from Berlin’s Deutsches Theater after he learned that they planned to ‘black-up’ a white actor to play the role of an African-american – in a piece that that explores race as one of it’s central theme. 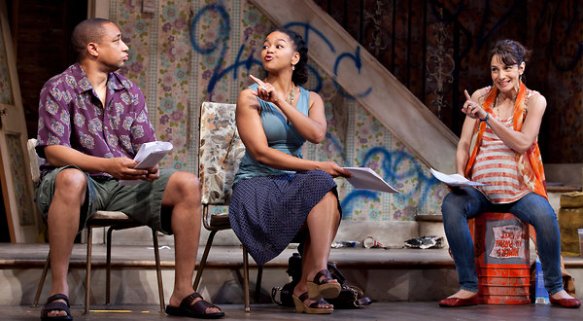 Clybourne Park takes place in Chicago, in 1956 and 2006 and deals with the aspirations of black Americans in both of those times.  It has toured the world and has been widely celebrated. I can’t quite believe that in the 21st Century it still might be considered appropriate for a white actor to be cast in a role, whose skin colour is central to the experiences of the character and context of the play as a whole, and then be expected to ‘black-up’.

You might think that such a trick should be unthinkable in a nation with the historical racial sensitivities of Germany – and, indeed, it would be unthinkable in most countries. However, ‘blacking up’ remains a relatively common practice in German theatre and is often justified on the basis of directorial prerogative. Indeed German director Thomas Schendel, commented that “blackface is a part of the theatre tradition”.

Normally I don’t meddle in the cultural politics of other countries, but when my work and the work of my colleagues – other playwrights – is misrepresented, I do.

However Norris has now called on others to boycott productions of their work by German theatres that continue this asinine tradition. A zero-tolerance position is the only position to take. 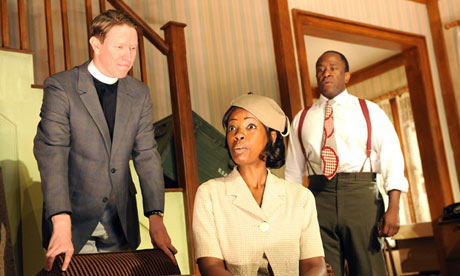 You can read more here. A quick search of the blogosphere will throw up even more comment. This is not the only case that has been highlighted this year in Germany, The Schlosspark theatre did the same with a production of I’m Not Rappaport by Herb Gardner. This production featured a white actor in black-face in the role of Midge Carter.

You can read Norris’ open letter to the Dramatists Guild of America here .You might even sign the petition.

Finally, I offer you the New York Times review of Clybourne Park which says more than I can here. Slashing the Tires on the Welcome Wagon ‘Clybourne Park,’ by Bruce Norris